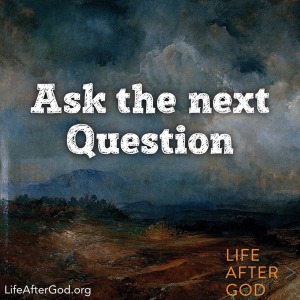 I’ve begun to acclimate to the atheist scene online. After spending about a year listening to atheist podcasts and reading atheist blogs I’m ready for something more positive. I understand some of you are anti-theists. There are some times when I sympathize a great deal with the viewpoint. However, it feels like it’s time for the secular world to begin moving beyond anger and potshots at religion.

Recently my mind has been sent racing by all of the positive community-building that’s begun to occur. Sunday Assembly, the Oasis Network, Life After God, Bart Campolo, and many more people and groups seem to be taking the first baby steps toward building local secular and humanist communities that are indigenous, uniquely humanistic, and that can compete with churches for doing good works and building social networks.

Local communities and the positive actions they take in the world are what I miss most since leaving religion. I didn’t even realize how much I missed it until I began to hear Bart Campolo on his podcast Humanize Me and Ryan Bell with Life After God talk about secular values and about building community. Suddenly I remembered that it was community and good works that first drew me and others to religion.

I recently began to realize that I’ve always been looking for a way to better humanity. I got lost in Christianity for a really long time trying to make it all work but, in the end, that’s why we want it to work: to be a community that cares for one another and reaches out to those both in our group and around our geographic areas.

And even as I’ve been excited to see Sunday Assemblies cropping up around the South, I’ve been disappointed and disheartened that no such group seems to be able to form here in the Piedmont Triad of North Carolina. A group has been trying to organize a Sunday Assembly for the past couple years in Winston-Salem but it seems that there just is not enough support to launch something so ambitious.

I am feeling so pumped lately about all the positive stuff going on in the secular world. It’s beginning to really feel like humanism is growing but, just like the weather fronts, it seems to flow all around us and skip this area completely. So I would like to make a request for anyone who is either in the Piedmont Triad or knows someone in this area who’s tired of just knocking religion and, instead, wants to try to grow a local community of humanists that works for positive change to contact me so that, even if we are less than a dozen and even if we’re less than a half dozen, we can at least begin the hard work of creating something locally indigenous, uniquely humanist, and focused on building community.

I know you’re out there. There are thriving secular communities in Asheville, Charlotte, Raleigh, and Wilmington. Surely some people like that must be here as well. And, if I have somehow missed a group of you who are already doing this, please let me know! I’d love to become a part of the secular community here and I don’t care who starts it, gets credit for it, gets to
be the leader, or anything else. I just want to begin the work that is so evidently needed.

One thought on “Is There A Secular Community Out There?”

This site uses Akismet to reduce spam. Learn how your comment data is processed.

My Tweets
Yet another atheist late to the party

Just what the world needs, another atheist blog.

Notes from the Melody Maker

By a real housewife in Orange County

Tagging along, tilting at windmills.

A humorous podcast about religion.

The Blog I'm Not Writing

Stuff That Needs To Be Said

The Good Things Black People Do, Give and Receive All Over The World

What makes humans different from other species?

Book reviews of Sci Fi/Fantasy/Health/Lit for all ages

The Culture Of Now

bulletjournaljoy
No Cure For Wanderlust

A Movement, Not a Moment!

Venting to the World

Attempting a rational exploration of the issues of our time

Promoting rationality in an ever more irrational world.

Theology Is Ignorance With Wings

Mildly irreverent thoughts on sex, higher education, media, and my life. Did I say irreverent? I meant irrelevant.

My Mom thinks I'm funny. Also, cats. And whatnot.

Trekking through the Past, Present, and Future to set minds free

one person's search for story

Learning to become an independent author is difficult.